Covid-19 pandemic has arguably spared no dimension of development across the world. Within a short period of time, the virus has a high fatality rate forcing countries to be locked in doors to thwart further demises. Covid-19 is now recorded as one of the reckless killing contagions disease across the globe.

Economy of many countries has sunk down; increasing inflation rate, Malawi not spared as efforts to balance the economies during this period have been proven futile.

The surge of confirmed positive cases on each day raises tension to the public as to contemplate on the end of tough times encountered. And perhaps, an all-day long question would be; when shall this pandemic come to an end?

In a fight against further spread of the pandemic, different bodies overseas converged to pursuit on a solution that would conquest the vice. The parties agreed to solicit funds to establish a Covid-19 vaccine. Top class countries, different international health organizations, corporations and university research groups collaborated in the development.

The results from this alliance was seen to be prolific as countries such as United Kingdom and India just to mention some succeeded to get their vaccines approved. The establishment of Oxford-AstraZeneca from United Kingdom, Pfizer, Johnson and Johnson, and Novavax-Covid-19 vaccine has built confidence in people that the contest against the deadly novel is about to be won.

Top countries which could afford the procurement of the Covid-19 jabs have already slated a phased immunization. Countries in different continents such as America, Europe, Asia and Africa have imported more dozens of jabs which demand all groups of people who are at risk of contracting the virus in the initial phase.

As countries have stretched their scratch to the vaccination early this year, there is something still in conciliation. Speculations that are still left enclosed. Some countries have started to counter that some of the vaccines have more side effects as compared to the positive results these would bring.

Much as it is said that vaccines were made out of a cohesive consultation, some states and nations have condemned that the scientific investigations that took place to measure the efficacy of the vaccine was shallow hence would not be considered as an authentic one.

Such reports have slain people’s trust they had in the vaccine, bringing more confusions. Some Malawians have taken it to social media expressing worry over safety of the vaccine with some quarters asking for suspension of the AstraZeneca vaccine. Now the remedy is sought to bring fatal results. Bringing other health problems. How will the exercise go like to the countries which will only afford to buy this type of vaccine like Malawi? The other eight countries that have suspended the AstraZeneca vaccine are; Norway, Iceland, Austria, Estonia, Lithuania, Luxembourg, Italy and Latvia.

The moment Malawi is expected to launch her first phase of vaccination, Denmark and other eight countries across the world have suspended the same jab of AstraZeneca which Malawi is going to give to her people. The question that remains in silence would be: is Malawi safe to use AstraZeneca?

90 people including State President Dr. Lazarus Chakwera and his Vice Dr. Saulos Chilima got their jabs on 11 March this year. The whole country is with keen interest watching over them to say any possibility of side effects. Four days down the line, no side effects so far, is the vaccine safe for Malawians?

The answer is simple. YES! Malawians are safe. According to one Programs Manager for Immunization in the Ministry of Health Dr. Mike Chisema, Malawians are assured of their safety after getting their jabs of the AstraZeneca. Dr. Chisema said absence of safety issues of the vaccine four days after the 90 people got their jabs is a clear indication that the vaccine is safe. Dr. Chisema further highlighted that experts in the countries where the AstraZeneca has been suspended over reports of blood clotting are investigating cases of thromboembolic.

This fight is drifting in contrast terms as when we are expecting for a change, one more stumbling block is pending in, as the case of Denmark and eight other countries which have paused the use of AstraZeneca as reports are tall about its side effects. 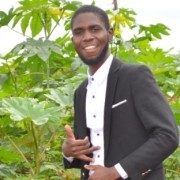 Acquiring knowledge is vital for success

Acquiring knowledge is vital for success

EU for collaboration on global challenges