Tnm Super League side Ekwendeni Hummers are through to FDH Bank Cup finals after overcoming Northern Region Premiere League side Rumphi United 3-2 on post-match penalties in semi-finals on Saturday.

The match which was played at Karonga’s soccer Cathedral saw the two teams complete a 90+3 minute goal less game which forced them to land into penalties.

Speaking in a post-match interview, Ekwendeni Hummers coach Edison Kadenge Mwafulirwa could not hide the excitement over the to the finals.

He said: “This win is history added to our team and we are happy with the win, God has been on our side, this year we are enjoying and as we go into finals, we shall conquer.”

He has since urged his players to put more effort in the next game so as to win trhe games.

In a separate interview with Rumphi United coach Jimmy Butao described the loss as a sign of failure to implement what he advised his players to do.

He said: “It has been tough for us to win today because our players failed to do what we had urged them to do during the training.” Butao has further said his team’s supporters should not lose hope in the team but always support it.

With the win, Ekwendeni Hummers will play in the finals on a date later to be announced against a team that will immerge winner between Silver Strikers and Mighty Wanderers fc. 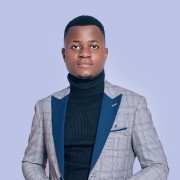