Raphael Sitima whose name needs no a paragraph of introduction in Malawian poetry circles has set sights on yet another poetry expedition. To set the tone before his adventures, the Mulanje based poet has let off his catapult one fireball to clear the path for what is to come.

On 30th April, the date you and I have saved, Sitima comes with a first piece of poemusic in which he has featured the blossoming urban artist Rashley. Perhaps Poemusic seems to be a new horizon gathering dust slowly by slowly. In poemusic, a poem is dutifully merged with a song to form  one  piece  of  art.  This  writer  need  not  to  remind  the  reader  about  Ngwazi  Zachikazi featuring Robert Chiwamba and Sangie. That motivating poemusic!

Back to our page. The title of the poemusic is Kwathu (Homeland or My home). The artist who is  famed  by  a  political  poem  titled  Chala  Changa  is  well  known  for  his critical,  thought provoking, and yet humorous lines that puzzle his audiences. In shedding more light about Kwathu, Sitima says: “The poem is talking about the conflict between rich people and very people.” Wait a minute. If the artist tells us that it’s THE RICH vs THE POOR it takes us direct into the Malawian society where we anticipate to see that breathing feud between the two.

“There is a family which is very very rich, well-educated living in a very luxury life. And there is a very poor family, not educated from a very remote area. Children of these two families which is a girl from a rich family and a boy from a poor family are in a relationship…,” points out Sitima. The story gets exciting as it unfolds, save the rest for April 30. The conflict. The drama. The love. The ending. I wish I could tell it all.

Delving into Kwathu poem, Sitima vows to his audience to expect “good, mature production in everything from the poem”.

The artist has worked with award winning VJ of Auto Focus to produce the video, while the audio was recorded and mastered at Tiff Beats and Agulu Records. Such names are connected with quality production. As if that is not enough, Sitima who acted the poor boy himself twisted

his lifestyle to blend in with the storyline. “I go to barbershop every weekend but I kept my hair for 3 months just to prepare for this video so that my outlook and the video concept matches,” he counts.

Over the years we have all heard and seen. Poets have continuously used songs such as those of Allan Namoko, Ned Mapira, Lucius Banda, Joe Gwaladi just to highlight a few. However, most poets do that without consulting the owners and committing copyright issues in the process.

Against such a dominant background, Sitima has now chosen the opposite path. In his forthcoming album that will have 12 poems, the artist has featured musicians who are composing special songs conforming to the message enveloped in the poem. On why he has avoided using already produced songs, the enigmatic poet says: “I am avoiding that, what I want is originality”.

Some of the renowned artist he has featured in the imminent album include Blaze, Rashley, Leslie and King James Phiri.

The society has been hugely affected by Covid 19 pandemic. The losses are immeasurable. Performances that require live audiences continue to suffer and sink as mass gatherings were halted. Musicians, Dancers, Poets, Boxers and even Disk jockeys’ have been silenced. The world continues to hover in multiplied darkness as to when things will be normal again. However, Sitima has been charging via other avenues to continue entertaining, educating and informing his fans. He says: “I make sure my poems are available on all website platforms, radios, tv’s so that my fans can still be with me”.

As we parade towards 30 April, Sitima who works as a nurse at Mulanje District Hospital opines that artists should be given huge support. Just as companies and NGO’s pick talents from other baskets like football, netball, music and others, he says it’s now time for them to seriously consider poets. The poet asks Malawians to contribute towards the poetry industry in the country. “Support us by buying our work, going to our shows.”

The unnamed album will be Raphael Sitima’s fourth since his emergence into the limelight in 2014. 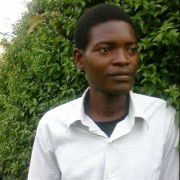 Aubrey Mthyola is Public Relations graduate from the University of Malawi who is currently working as a Hospital Ombudsman Intern at Zomba Central hospital. He is passionate in writing, graphic design and video production. In writing his fields of interest are art, culture and environment.

Acts of kindness deserve to be seen-Gwamba

A Journey into Erick Makwinja’s Poetry: The New Poet with a Story

Acts of kindness deserve to be seen-Gwamba

A Journey into Erick Makwinja’s Poetry: The New Poet with a Story

Mafco upbeat for a victory against Mzuzu Warriors on Sunday